Aren’t grandparents wonderful?  At least mine were. Read on and you’ll see why!

My maternal grandparents were a constant in my sister’s and my life.  We lived next door until I was five, then behind them on another street, then half a block away and finally across the street.  I saw them every day until I got married and moved away.  We stayed at their house probably more than  our own. 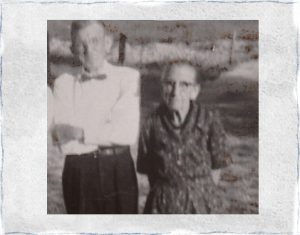 Our parents both worked so we would go to their house in the mornings, when school was in session, and wait for the bus until I was probably in the fourth grade. Every afternoon we would come back to their house and there was always some goodie waiting for us.  It could have been a left over biscuit with syrup, a homegrown baked potato, parched peanuts that were also grown by them, iced cookies or tea cakes, chocolate or caramel pie, or a cake like chocolate or banana are just a few of the things I remember.  Makes my mouth water just thinking about it!

Mama always kept busy as did my Aunt Hazel, who lived with them.  Mama taught my sister and me how to crochet and sew by hand.   Aunt Hazel taught us how to embroidery and make paper dolls from grocery bags.  I remember watching Mama piece quilts and make soap in a kettle outside.

She would plant all kinds of flowers around her home, tell us all about them and collect the seeds to plant for the next year.  She always had a fresh bouquet in the summer such as roses, lilies, and zinnias  She would also help us set up a playhouse in an old wood shed and gave us old dishes, pots and utensils to make mud pies.

Mama used to make all her dresses on a treadle sewing machine and when I would beg to sew on it, she would take the belt off and let me sit there and push the treadle up and down like I was sewing.  I have that machine today.  She told me her father gave it to her when she was 16.  There are entirely too many memories of her to mention in this post but I credit her with teaching me so much of what I love to do now. 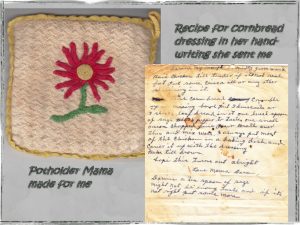 Papa on the other hand was such a character and so full of mischief.  He had this little grin on his face like he had just gotten away with something and probably had.  He had a huge garden and would pay us to help him hoe the rows….. a whole dime….. and we thought we were rich.

There was a small, small store (we actually called it “The Little Store”) a short distance from his house and he walked us there to spend our dime.  We could get a candy bar or salted peanuts and a RC cola for a dime.  Papa would usually get peanuts and put them in his cola and then drink it.  We would copy him, thinking it was “cool”.  He grew all their own vegetables, watermelons, cantaloupe, strawberries, and peanuts. 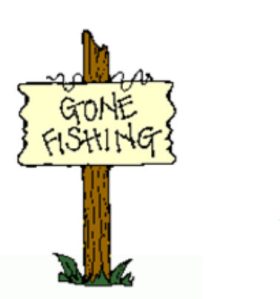 Again he would pay us a dime to help him stack the peanuts so they would dry.

He taught me how and where to dig for ground worms for bait, how to bait the hook and fish.  He slapped his leg when he laughed, which was a lot, rolled his own cigarettes with Prince Albert, chewed tobacco and taught us to spit off the porch. VERY lady like, right?  By the way, my son never knew him, but he slaps his leg when he laughs just like Papa.

I loved them so very much and have such vivid memories of growing up around them.  They lived in a very modest house and didn’t have a lot of money but they were rich in so many other ways, it was worth more than any amount of money.

They told us stories of their childhood and of my mother as a little girl and her brother and sisters, had feather beds for us to sleep in, a wood stove to warm their house and all the love they could possibly give to their children and grandchildren.

I hope I am remembered as fondly by the members of my family someday, but Mama and Papa’s shoes are big ones to fill.