Hubby thinks I am all the above, but mostly weird….. especially when it comes to finding four-leaf clovers.

It seems that when we are at our cabin, and the sun is shining…. and I’m outside…. and I’m looking down at the ground…and the clover is tall enough…and this…and that…and few more variables, I find four-leaf clovers!! As I mention in one of my other blogs, Go Ahead, Pinch Me….. I have this weird, lucky, talent for finding them.

I did just call myself weird, didn’t I?

Three weeks ago when we were at the cabin, I was walking along the sidewalk toward the back door and just happen to look down.  There it was, right in front of me, one four-leaf clover saying “here I am, just what you were looking for”. 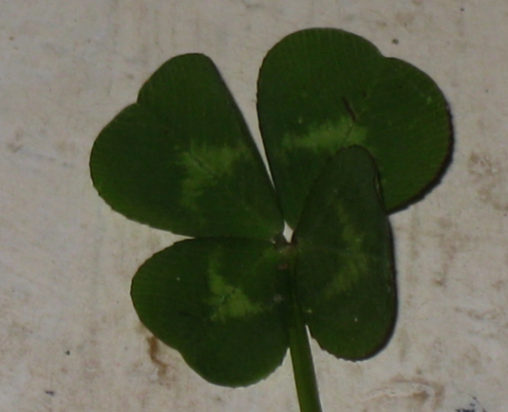 The season of the witch has started…..oh… I mean the season of counting my lucky clovers or something like that.  I’m really not a witch or if I am, I’m more like Glenda the Good Witch than the Wicked Witch of the West…on most days.

The very next weekend, I spotted a patch of clover while walking out toward the river bank.  Guess what?  I found four (4) more.   Weird!….don’t you think? 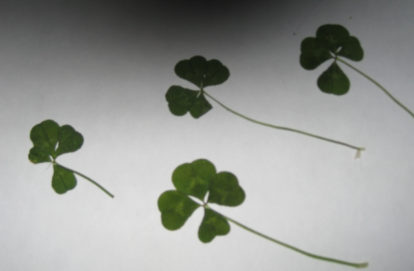 I have entered many contests, competitions and even played the lottery a few times.  Nope… nada… nothing was ever won.  You know how the saying goes……”if I had a nickel”……for every four-leaf clover,  I might be a rich girl some day.  Of course I would have to live thousands (1000s) of years…think I will only make it about nine hundred (900) or so.

Today, hubby had to go back home to take care of some business and I followed him outside.  You guessed it, I looked down and there it was…another four-leaf clover.  Hubby’s words were “why do you do this to me?”.  After he left, I started looking again and found five (5) more all in about 10 minutes time for a total of six (6).  I actually found eight (8) but two of them were not in good shape so I left them. 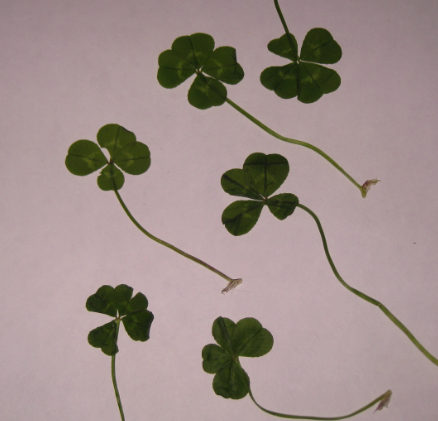 I keep thinking there must be something I can do with this luck, weirdness or talent!?  Got any ideas?  Is there a Guinness World record for this?  Maybe I should try Vegas.

Think I will go out and try my luck again.  Goodbye!